This is my first post. As a budding Android developer, I read SO posts on a near daily basis on various topics, but for this question, I didn't find any help from Google or SO.

My research so far:
Searching for this question was harder than normal because the search engines don't seem to care about case-sensitivity, which is vital in this issue. Searching Google only gave me links to the classes themselves, old articles, or completely irrelevant articles. The closest I got was JSONArray vs JSONObject, and that is a completely different question. SO searching gave the same results. As far as I can tell, ALL pertinent posts on SO refer to JSONObject and not JsonObject.

http://docs.oracle.com/javaee/7/api/javax/json/JsonObject.html
http://www.json.org/javadoc/org/json/JSONObject.html
I would have also posted a link to the Android reference page for JSONObject, but my rep as a newbie is too low.

History of problem(s): I was reading about Json encoding and decoding from the Oracle page, and I tried copying and pasting into my AndriodStudio IDE, which immediately produced an error, for which it did not suggest an import statement like it normally does. I have come to learn that means the class is not part of the built-in libraries.

Question(s): Why is an Oracle made class not part of the default libraries when an external library is?
Is JSON the old, deprecated way and Json the new, proper way?
Are they functionally identical? If not, please provide examples?
Are some situations better for one and some better for the other?
ULTIMATELY, which should I use, and why (if not already covered)?
If, javax.json, where is the best (safest) place to download that library)?

Bit late, but I wanted to share my opinion on this.

I think that org.json is easier to read and to use, for 2 main reasons (for my needs):

That is the code I use to get an indented JSON to write to a file. And with org.json I only need jsonObject.toString(4).

Another difference is the constructors. You will need a JsonObjectBuilder to create a JSON with javax.json. One step more that can be avoided. 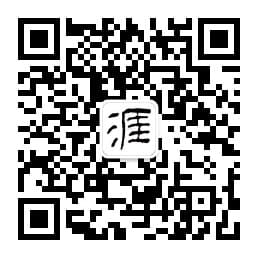